What is MERN Stack? A Complete Explanation of MERN Stack

When we go deeper into the MERN Stack, we find that it consists of MongoDB, ExpressJS, ReactJS, and NodeJS 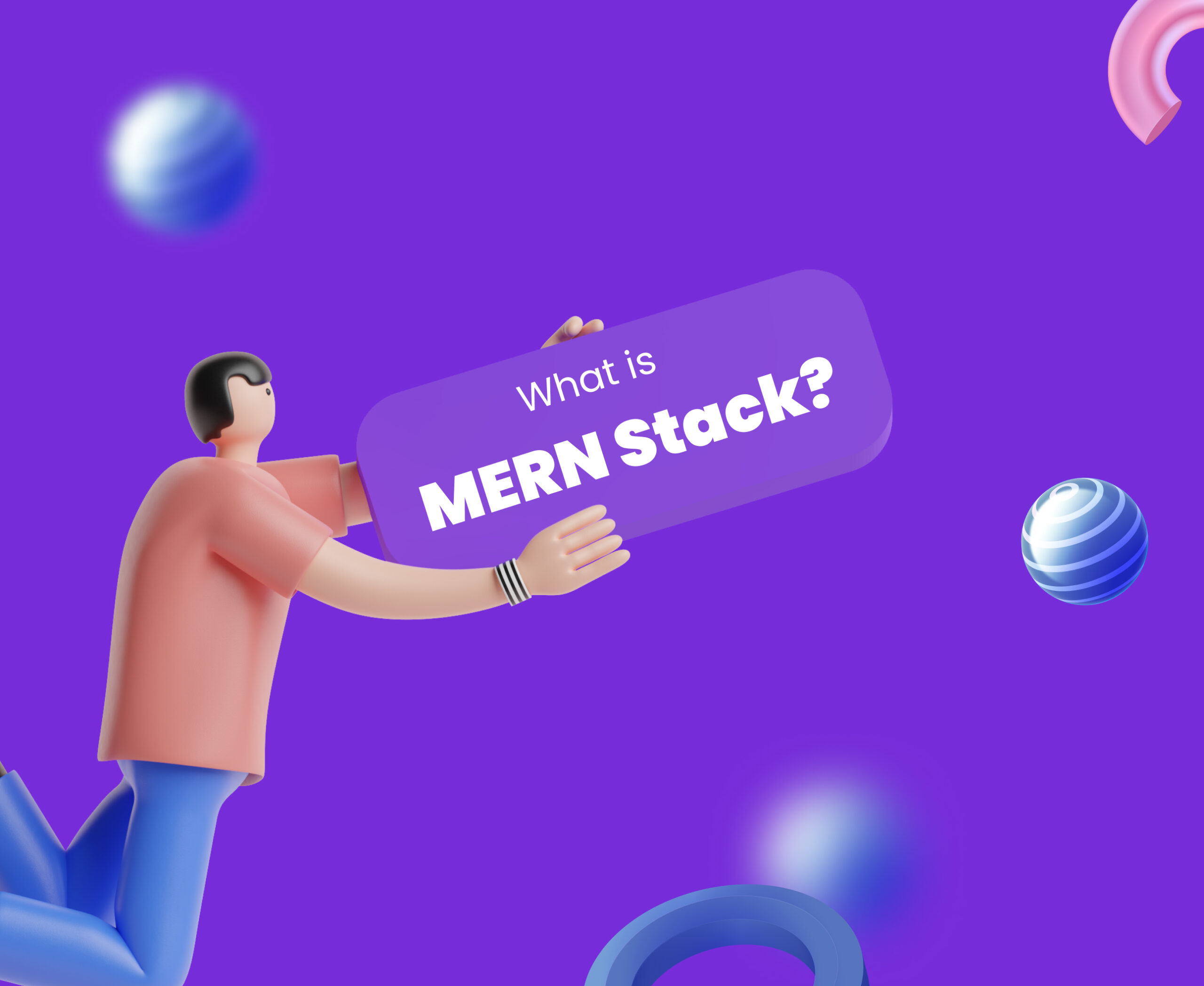 The web development industry, like technologies and frameworks, is rapidly growing. HTML and CSS were the only major languages used to construct online apps in the beginning, but the industry has progressed quickly over time. Everyone wants to pick the best and most up-to-date technology that will have a good impact on clients. When it comes to web application development, stacks are the most talked-about topic. In the construction of a great web application, picking the correct stack is crucial.

Many SaaS product startups are choosing the MERN stack for their product development. Here in this blog, we will discuss the MERN Stack and why it is the best option for Web Apps.

What is MERN Stack?

If we talk more about MERN Stack, it comprises

Let’s have an overview of these four.

MongoDB is an open-source database management system (DBMS) that employs a document-oriented database paradigm that accommodates a wide range of data types. It is one of many non-relational database systems that emerged in the mid-2000s under the NoSQL banner for use in big data applications and other processing operations involving data that doesn’t fit well in a traditional relational paradigm. MongoDB’s design is made up of collections and documents rather than tables and rows, like in relational databases.

Express is a Node.js web application framework that offers a comprehensive collection of functionalities for building web and mobile applications. It allows for the rapid creation of Node-based Web applications.

The most widely used JavaScript front-end library. It enables web and mobile applications to have quick and interactive user interfaces. It’s an open-source library that works with components. React is the View layer of a Model View Controller architecture, and it’s in charge of how the app appears and feels.

Are you looking for a modern, attention-grabbing 👀 Website? Get in touch with us 👇

An external JavaScript runtime environment that leverages the V8 engine to execute JavaScript code. It also supports server-side scripting, which includes running scripts on the server before transmitting the page to the user’s browser. As a consequence, Nodejs represents a “JavaScript everywhere” paradigm, combining server-side and client-side scripting into a single programming language.

Other Features of MERN

Efficiency: Highly efficient code with less time can be developed with MERN Stack.

Testing: It is crucial and the first string for the software development process. There is a lot of work already done for testing React.js applications, you can use many common tools such as Jest, Mocha, etc

Implementation: There is a common HTML-like, hybrid code formatting in React.js called JSX. It allows you to implement your idea more quickly. HTML-like content in the below code looks like HTML, but it is JSX.

This brings us to the end of the article, we discussed the MERN stack and each technology’s features. We hope that it gives you a better idea, of why the MERN stack is ideal for your startup. Hire MERN stack developer who has extensive knowledge in the field.