How to Easily Migrate Your Already Existing App to Flutter?

There are many reasons to migrate an existing app to Flutter. By doing so, you can streamline development processes, reduce development time, and increase the efficiency of your company. 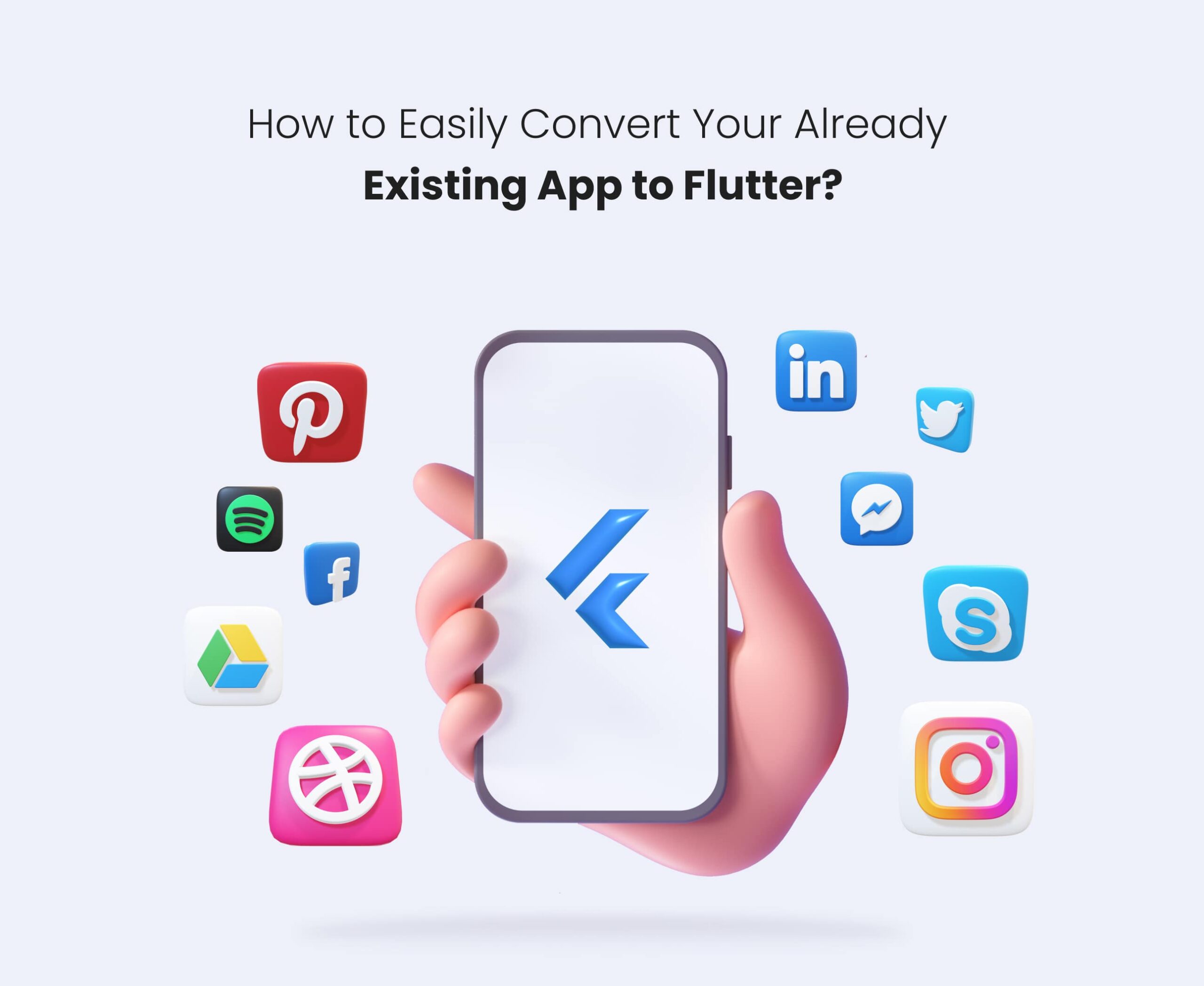 But why would I need Flutter if I already have Android and iOS apps? To save time and to save money on app development, of course.

Flutter provides unique features to assist developers with regular and simple tasks. Therefore, Google has enabled businesses to use Flutter with their native apps without having to rewrite their software in Flutter completely. If you do not wish to do it yourself, you can also hire Flutter developers to initiate the transfer of your existing app.

Why Choose Flutter for converting the current Android or iOS app

Flutter is a cross-platform, open-source framework created by Google and uses Dart as the programming language. There are many hybrid frameworks for app development, but Flutter since its inception has been the most used and loved framework.  It is relatively adaptable and enables developers to create cross-platform scalable, reliable, and fully functional apps. Flutter introduced the add-to-app functionality in 2019. With the help of this technology, we may integrate the entire Flutter app or certain sections into an already-existing iOS or Android app. You can smoothly convert your iOS or Android app to Flutter without sacrificing speed.

But When Should You Opt for Flutter for App Migration?

Let’s think about the first scenario. It’s time for a significant upgrade or redesign of your software, which is available for iOS and Android. Now is the perfect time to use Flutter. Since you need one development and a QA team rather than two, using this cross-platform software development kit will allow you to cut your development team in half. Your second resource team may have more time for other projects.

In the second scenario, you need to revamp as you face some technical issues and need to work on the update; your hands are full with the tasks.  Should you utilize a Native app language, such as Swift or Kotlin, or should you consider using Flutter? A flutter is a great option in such a case. Both apps will have the same design and feel. As Flutter has an easy learning curve and a large community for support, developers can quickly resolve issues compared to other platforms. It provides all maintenance and development benefits of being truly cross-platform.

There is some uncertainty about the final case. You wish to add functionality to two natively created apps that don’t yet require replacement or significant improvements. Flutter should remain your option, though. While creating your new features in Flutter, you can continue using your old native-language code.

Why Is Flutter The Most Popular Choice For App Development?

How can you import your current app into Flutter?

First, Flutter must be incorporated as a library or module. That module must reflect the UI of the app. Using the Flutter create-t module command, you can create a module. This will start building a new project with a somewhat different structure. This method of creating a module allows you to divide the main code from the Flutter code. It serves as an external dependency for this module. The next step was the same as outlined in the official Flutter documentation.

Actions that Flutter enables when incorporated into iOS apps

With 100 million users across dozens of nations, Google Pay enables users to save money, pay bills, and more. But to achieve that, they had to rely on 1.7 million lines of code across their Android and iOS apps, which felt unsustainable given that Google Pay was still expanding to new nations, each of which would need its unique features.

The fact that their existing consumers were nearly entirely Android users while many of those new locations had a significant percentage of iOS users added to the difficulty of the situation. As a result, they would have to retain more iOS engineers and build each feature twice.

Instead, they decided to spend money on Flutter, a cross-platform framework that would help them accomplish more with less.

Apps created with Flutter are sharper and more precise than those made with the Android or iOS programming language. The transition to Flutter happened rather quickly. It is simple for developers to port native apps to Flutter because of the Hot reload and Ahead of Time compilation features. You can always get in touch with us if you need more information on developing apps with Flutter. Flutter is the future, and now is the ideal time to begin creating apps with it.