The Flutter framework has been around for a few years now and there are many ways/practices to develop the app in the best way possible, without losing out on the features. 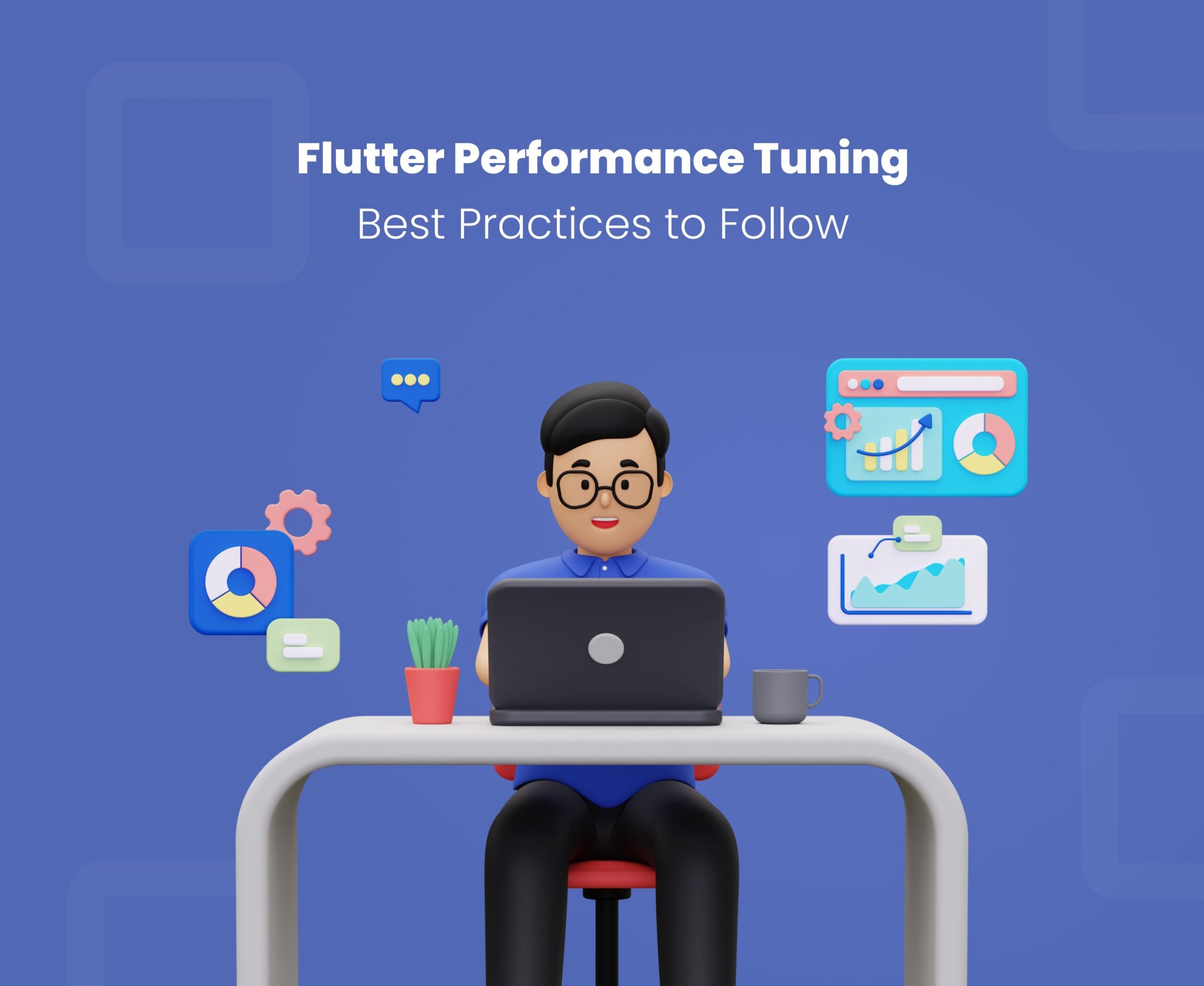 To gain more users and keep engaging the existing user, product owners today need high-performance apps. Freezes and skipped frames make an app less usable and give consumers a negative impression, so performance is a significant factor contributing to any app’s success. However, there are several factors contributing to making an app perform at a faster speed. When it comes to framework it is a major factor that makes a noticeable difference in performance. The performance results are often adequate when building apps in Flutter, however, you could still experience issues with the performance of your app if you don’t follow the best practice.

In this article, we are going to have a look at the best practices and techniques that enhance the performance of your Flutter app.

Using a set state method to rebuild the widget is not a good practice to enhance the Flutter app performance.

The scaffold, background widget, and container are all updated each time a user interacts with the widget while using the set state method for the stateful widget, which dramatically lengthens the time it takes for the app to launch. Instead of doing this, you can use Popular free packages including Flutter bloc, MobX, and Provider which are available in pub.dev for free. These packages just rebuild the necessary updates to bring the change.

Use const widget where possible

Flutter executes the build function and recreates each widget tree inside it when we use setState(). The use of the const keyword is the most excellent defense against this. const permits the use of numerous widgets without performance suffering. const also prevents rebuilding anytime you use different widgets, which is another advantage.

Want to have a buttery smooth 📱 experience on your iOS and Android app? ultroNeous helps you 💁🏼 with your mobile app requirements.

Using an unwanted package and library is not good for the performance of the Flutter app. According to Flutter documentation, shrinking the app’s size increases the performance of the app. App size can be reduced by minimizing the import of many resources from packages and libraries. It is clear that including packages does not significantly harm performance, but importing many resources from these packages and not using them effectively might cause.

Minimize app size as much as possible

An app depends upon numerous packages, scripts, and widgets. Hence to make a complete app it requires, storing all of the data demands a lot of memory, which also affects how well the program performs.

The build() function should be avoided since it is expensive and uses a lot of CPU resources. The use of a huge widget with the build() method may result in performing worse if it is used frequently. Such a Widget should ideally be divided into smaller ones based on encapsulation. With the new version of Flutter, we see the most demanded and requested features to be coming on the platform.

Minimize the use of Opacity

Rebuilding a widget can cause your app to perform slowly. When you use the Opacity property on any widget it causes the whole UI to be revamped on each frame. Instead, you can use the property such as TransparentImage, AnimatedOpacity, FadeInImage, or FadeInTransition widgets instead of the Opacity widget.

As a developer, you should know whether the code runs synchronously or asynchronously and utilize it on your app.

Flutter provides the method to write code asynchronously with the aid of async/await. When async and await are used, it improves the overall performance moreover it increases the readability of the code and makes debugging easy.

Use SizedBox rather than Container where possible

The SizedBox widget is less memory-consuming and renders faster on the system than the Container widget, to generate a box or whitespace with the desired dimensions.

Use listview builder instead of listview for a longer list

There is no doubt that Flutter is one of the fastest-growing and ideal frameworks with the capacity to run any kind of app without any issue. However, it is always a good idea to adhere to best practices and maximize the performance of your apps which we have already discussed in the article. Hope this article will assist you in increasing your app performance to some extent. ultroNeous Technologies provides best-in-class Flutter app development services. Contact us to get to know how you can get your secure and fast app optimized and launched on the go!