There are enough frameworks for hybrid app development to get started. However, if you are planning to build an app in 2022, you must know the best frameworks. 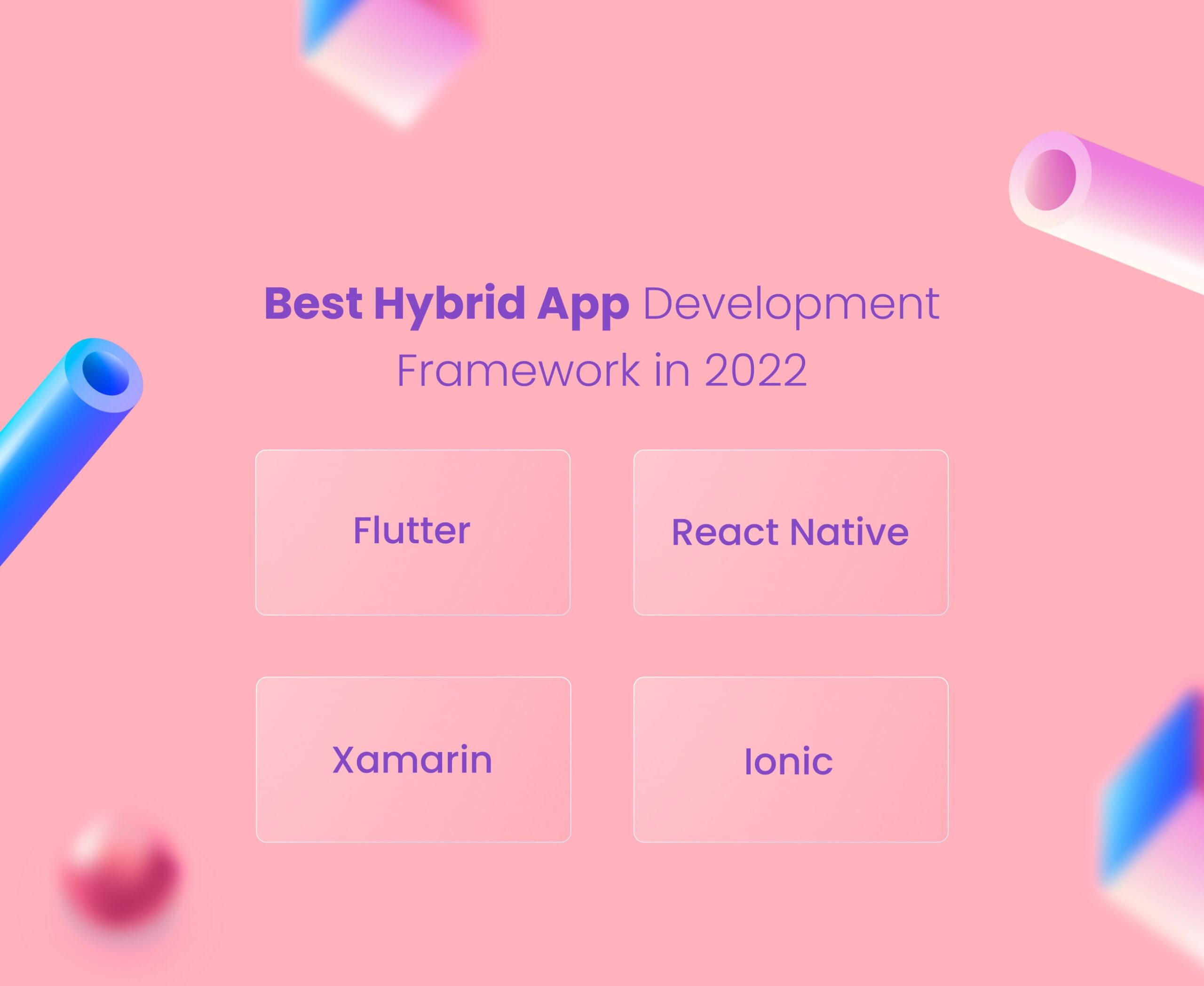 The use of smartphones is increasing at skyrocketing speed, and it has become one of the important parts of human life. So, Mobile phones are becoming an essential part of most businesses in order to get their products and services exposed to the people. Enterprises and business are rapidly increasing their efforts, largely on mobile strategy. According to Oberlo in May 2022, 58% of all traffic come through mobile phones.

There are many frameworks that allow the creation of mobile apps. However, Hybrid app development has gained popularity among enterprises and businesses because hybrid apps run on both Android and iOS platforms utilizing a single codebase. There are a lot of hybrid mobile app development frameworks on the market, and it can be tough for you to figure out which one is right for your business.

In this post, we’ll go through the Best Hybrid App Development Framework in 2022 and how to pick the best one for your business.

Flutter is an open-source framework for developing both Android and iOS apps, launched by Google in May 2017.

If you are planning to have an app for Android and iOS it is ideal to hire Flutter developer is a must.

React Native is an open-source JavaScript framework created by Facebook that allows you to create apps for multiple platforms, including iOS, Android, and the web, all from the same code base.

One of the most important aspects of React Native is its performance. It renders at 60 frames per second by default and may go up to 120 frames per second. Developers may build code that is equivalent to the original Swift or Java code using native APIs and a JavaScript-based interface.

Ionic is a toolkit that allows us to develop mobile apps for both Android and iOS devices utilizing Web technologies such as HTML, CSS, JavaScript, and AngularJS. Ionic provides tools and services for developing hybrid mobile applications with native performance.

It is one of the most cost-effective hybrid app development frameworks, with a large library, built-in tools, front-end development, and premium user interface components, allowing app developers to create high-quality PWAs. It is based on the Cordova platform. Cordova provides an API for Native devices to connect with JavaScript code.

Xamarin is an open-source platform that uses .NET to create clean and performant apps for iOS, Android, and Windows owned by Microsoft.

Xamarin is unique in that it provides a single language and runtime, C#, that works across three mobile platforms (Android, iOS, and Windows). Xamarin gives developers access to a variety of tools for creating cross-platform mobile apps.

Xamarin apps may be built on a PC or a Mac and then compiled into native app packages, such as an APK file for Android or an IPA file for iOS.

It’s your task to determine which framework is best for you. Determine your business’s strategy and goals before adopting a platform. As a result, you can properly prioritize platforms. Flutter, React Native, Ionic and Xamarin are three of the most popular hybrid app development frameworks for developing hybrid apps.

Each framework is different from others, as they have different characteristics and features. To choose the best hybrid framework for mobile app development, you must consider both its pros and cons, which we have already listed. We expect that this blog has aided you in making an ideal selection and in realizing your hybrid app idea.